Are you ready to learn?
Why do homework? How can parents and guardians help?
What time is it? When are my units and coursework due?
Today is Sunday May 16, 2021 at 05:07. Today is a great day to be alive! 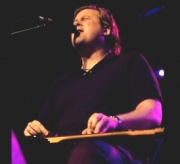 Jeff Healey playing electric guitar on his lap in concert.

Jeff Healey was a blind jazz, and blues-rock vocalist and guitarist who attained musical and personal popularity in the 1980s and 1990s. He uniquely played his guitar flat on his lap. At the age of 3 Jeff started to play the guitar.

He was nominated for several Grammy Awards and won the Entertainer of the Year Juno Award in 1990.

On Saturday, March 8, 2008 the RAVE HD satellite/cable channel saluted the music and talent of guitarist Jeff Healey with an encore presentation of his final televised concert, Beautiful Noise: Jeff Healey and the Jazz Wizards. The one-hour special, which aired in the United States at 8 p.m. ET (7 p.m. CT and 5 p.m. PT), featured Healey and his eight-piece band bringing the exhuberant sounds of pre-war jazz into the 21st century.

"Though known to many fans primarily as a guitarist, Healey also taught himself the trumpet with a focus on the traditional jazz styles of the 1920s and '30s, as reflected in his recent releases Among Friends (2002) and Adventures in Jazzland (2007). Beautiful Noise presents Healey on lead vocals, guitar and trumpet." Source: "Guitarist Jeff Healey's Last Televised Concert Re-Airs". <http://www.modernguitars.com/archives/004227.html>.

"Visually, Jeff was an intriguing player to watch, because he played guitar -- by any conventional standard -- all wrong, with it flat across his lap," his publicist Richard Flohil told broadcaster CTV. "But he was a remarkable, a virtuoso player."

The Jeff Healey Band's 1988 Grammy-nominated album "See the Light," which included the hit "Angel Eyes," sold more than one million copies in the United States.

He played with blues legends B.B. King and Stevie Ray Vaughn, and recorded with George Harrison, Mark Knopfler, and the late Jimmy Rogers.

Healey was an avid record collector and amassed a collection of well over 30,000 78 rpm records. He had, from time to time, hosted a CBC Radio program entitled My Kind of Jazz, in which he played records from his vast vintage jazz collection. He hosted a program with a similar name on Toronto jazz station CJRT-FM, also known as JAZZ.FM91.

At the time of his death, he was about to release his first rock-blues album in eight years, "Mess of Blues." The CD will be released in March and April in North America and Europe, respectively.

A tour of Germany and Britain, as well as an appearance on the BBC's Jools Holland Show have been cancelled. 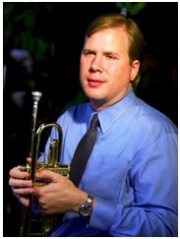 Jeff Healey was adopted as an infant; his adoptive father was a firefighter. Robbed of his sight as a baby due to a rare form of cancer called retinoblastoma, his eyes had to be surgically removed. He was given artificial replacements.

In 2007, Healey had surgery to remove the cancer from his legs, and later from both lungs. He also underwent radiation treatment and chemotherapy.

A tribute concert was held on May 3, 2008 to benefit Daisy's Eye Cancer Fund, which, according to Christie Healey, had helped make major strides in research and future advances for people born with the same genetically inherited retinoblastoma which had plagued her husband