Are you ready to learn?
Why do homework? How can parents and guardians help?
What time is it? When are my units and coursework due?
Today is Thursday May 13, 2021 at 17:48. Today is a great day to be alive! 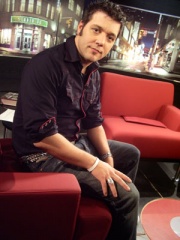 The professional learning network Beyond our Classroom drove to CBC headquarters in Toronto on Monday January 14, 2013 for a live taping of George Stroumboulopoulos Tonight. We had a great time learning about the behind the scenes process of producing a talk show. Guests were Allan Hawko co-creator, producer and actor for the CBC production "Republic of Doyle" and William P. Young author of "The Shack" Audience settling into the studio for a live taping of the CBC show George Stroumboulopoulos Tonight. Stage crew from George Stroumboulopoulos Tonightsetting up the interview chairs. Allan Hawko co-creator, producer and actor for the CBC production "Republic of Doyle" takes questions from the TV studio audience while George Stroumboulopoulos listens in. David Spencer in the "Guest Red Chair" on the set of the CBC show George Stroumboulopoulos Tonight.