Are you ready to learn?
Why do homework? How can parents and guardians help?
What time is it? When are my units and coursework due?
Today is Friday May 14, 2021 at 04:16. Today is a great day to be alive! 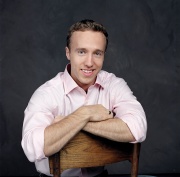 Craig Kielburger, CM, MSM, OMC (born December 17, 1982) is a Canadian activist for the rights of children. He is the founder of Free The Children and co-founder of Me to We. On February 20, 2007, he was named a Member of the Order of Canada by the Governor General of Canada. Craig also founded Me to We a social enterprise that donates half its annual profits on annual basis to Free The Children by selling products such as organic, fair-trade clothing. According to the article, the aim of the enterprise is to "eventually cover the charity's administrative costs, so all donations can go directly to projects."[1] The organization reinvests the other half to grow the social enterprise.

Free The Children was founded by 12-year-old Craig Kielburger in 1995 when he gathered 11 school friends to begin fighting child labour. Today, Free The Children is the world's largest network of children helping children through education, with more than one million young people involved in our programs in 45 countries.

In 2000, Craig was awarded $319,000 in damages as settlement for a libel suit launched against Saturday Night Magazine.[5] The settlement covered Kielburger's legal costs and the remainder was used to set up a trust fund for Free The Children[5]

On June 10th, 2010, Craig joined CP24, a Toronto based news television station. As 'Special Correspondent' he interviewed a variety of Toronto citizens and visitors regarding their thoughts about the 2010 G-20 Toronto Summit being held in the city in the weeks following. He reported locally on eyewitness accounts of the 2010 Central Canada earthquake and at regular intervals during the violent and nonviolent protests in Downtown Toronto on the weekend of June 26 and 27.

A morning to remember

As 12-year-old Craig flipped through the Toronto Star in search for comics, he was struck by a story. A raw, but courageous story of a boy his age named Iqbal Masih. Iqbal was born in South Asia and sold into slavery at the age of four. In his short life, he had spent six years chained to a carpet-weaving loom. Iqbal captured the world's attention by speaking out for children's rights. 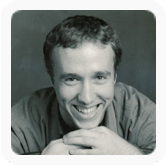 A dream is sparked

Eventually Iqbal's wide media coverage caught the attention of those who wished to silence him. At 12 Iqbal lost his life defending the rights of children. What Craig learned from Iqbal's story was that the bravest voice can live in the smallest body. He also knew he had to help.

A good idea catches on 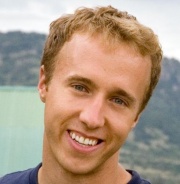