Are you ready to learn?
Why do homework? How can parents and guardians help their child with their school responsibilities?
Quizzes and Glossaries for Students and Teachers What time is it?
Today is Thursday February 2, 2023 at 23:49. Today is a great day to be alive!

David Spencer's Education Paragon is a free educational resource portal helping David Spencer's secondary school students, their parents and teaching colleagues with understanding, designing, applying and delivering assessment, curriculum, educational resources, evaluation and literacy skills accurately and effectively. This wiki features educational resources for Indigenous Aboriginal education, field trips for educators, law and justice education, music education and outdoor, environmental and experiential education. Since our web site launch on September 27, 2006, online site statistics and web rankings indicate there are currently 1,888 pages and 20,185,651 page views using 7.85 Gig of bandwidth per month. Pages are written, edited, published and hosted by Brampton, Ontario, Canada based educator David Spencer. On social media, you may find David as @DavidSpencerEdu on Twitter, as DavidSpencerdotca on Linkedin.com and DavidSpencer on Prezi. Please send your accolades, feedback and resource suggestions to David Spencer. Share on social media with the hashtag #EducationParagon. Thank you for visiting. You may contact David Spencer here.

The following resources are helpful to parents and teachers: 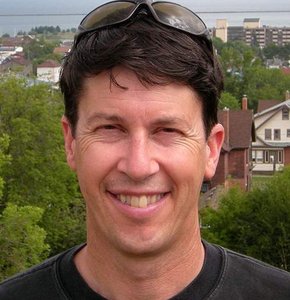 You may also interact with David Spencer through these social networking sites:

Who is David M.R.D. Spencer?

Course Credits Produced by David M.R.D. Spencer and His Students

David Spencer teachers secondary school students. The following is a calculation of the course credits produced by David and his students.

David M.R.D. Spencer has made significant contributions and provided leadership for many educators and students over his 30 years as an educator.

At York University in North York, Ontario he studied the political geography of the middle east, special education and media literacy. He also presented a career planning workshop for York University students. He completed a computer PHP and MySQL database course at Humber College in Toronto, Ontario. At the Centre for Education and Training in Mississauga, Ontario he completed courses in Adobe Photoshop, FileMaker Pro and Online Teaching and Learning. He completed a film photography course and motorcycle driver training course at Sheridan College in Brampton, Ontario.